Skip to content
Hillstone > Entertainment > What Does Unity Software Do? (4 Facts to Know!) 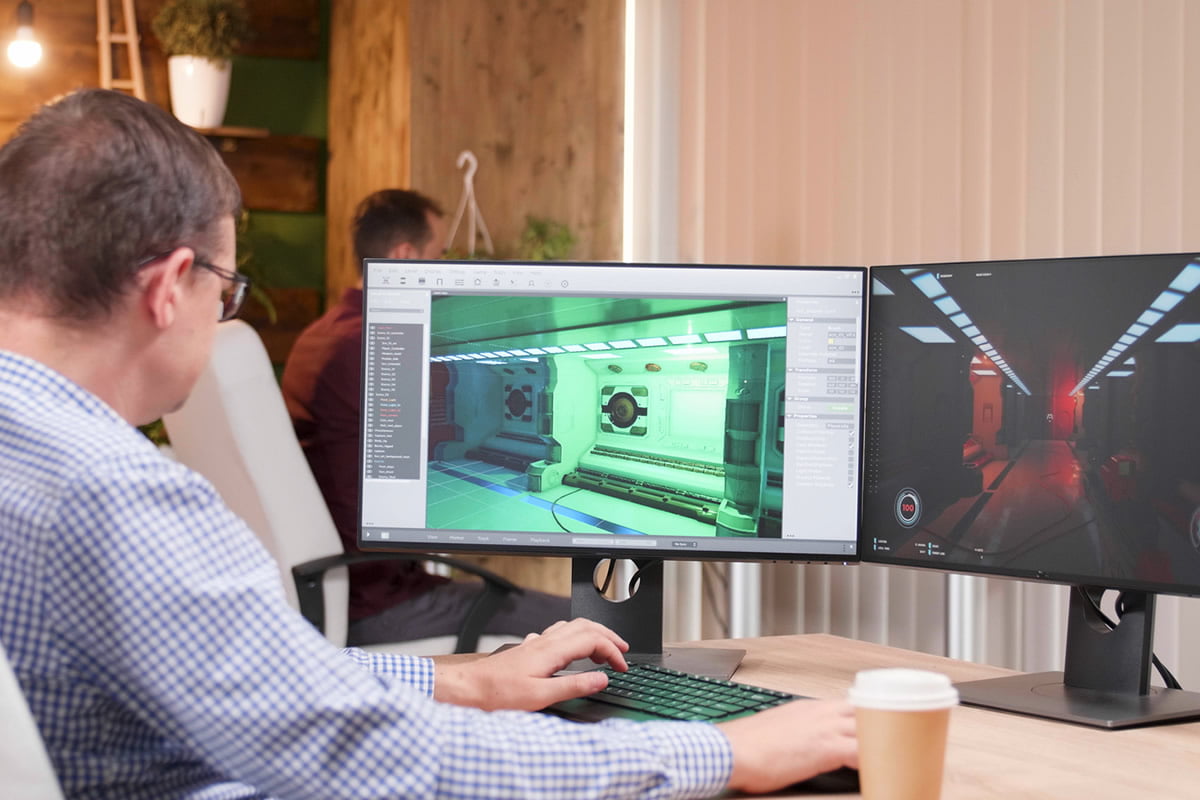 As a games software designer, you may be wondering what Unity is and what it can do for you.

Unity is a cross-platform game development engine allowing designers to create 2D and 3D games quickly. It’s used by many big-name developers, including Roblox and Ubisoft, due to its versatility and wide range of features.

1. How Does Unity Software Work?

Unity also allows users to learn how to code through its built-in coding editor, explaining how the scripting and coding elements work within the Editor.

Unity was created in 2005 by Unity Technologies, a company based in San Francisco, California, and the engine supports both OpenGL and DirectX graphics rendering pipelines.

This means that Unity can be used to create games for various platforms, including Windows, Linux, iOS, Android, PlayStation 5, and Xbox One.

The Editor is the primary interface for creating Unity projects. It includes all the tools you need to create a game, including a 3D viewport, physics engine, animation tools, and more.

The Editor is also where you define the game’s parameters and rules.

The scripting Runtime is what powers the games you create with the tool. It handles all the processing necessary to run the game, including graphics rendering, physics simulation, and audio playback.

The Asset Store is a library of assets you can use in your Unity projects. These assets include 3D models, textures, sounds, and more.

You can browse and download assets from the Asset Store online or in the Editor.

Unity is not hard to learn for those who know C# and Javascript. Unity has a lot of features and functions, but once you learn the basics, you will be able to create simple games and interactions.

It can take around 300 hours or 3-4 months to learn the basics of Unity, Javascript, and C# programming. However, it depends on your learning pace and how much time you will spend learning the tool.

If you want to start with Unity, many online tutorials and courses can help you learn the basics. Once you grasp the basics, you can start working on more complex projects and create things like 3D games and VR experiences.

Projects can be saved, opened, and worked on by anyone with the free version of Unity.

However, to deploy and build a game for specific platforms, you will need a license for the Professional Edition of Unity (unless your company has a turnover of less than $100,000 per year).

The Professional Edition includes additional features and tools not available in the free version, such as Teams which is vital for collaborating with other designers on a project.

You can use Unity Collaborate as part of the Unity Teams family, where small teams can save, share, and sync projects within a single environment. But this is a paid feature and requires a Pro license.

You can easily publish your projects and store them in the cloud. With Collaborate, your entire team can participate regardless of their location. See the Teams page for more information.

Collaborate maintains a history of your projects’ published versions, allowing you to restore or even remove individual files from your project.

You can add team members to projects, which allows your team to work together and displays a badge for the files that have been changed but not yet published, even if each member made the changes.

You can view and manage the changes made to your project in Collaborate. You can also choose to revert the changes or handle any merge conflicts that might occur.

This much-needed function is designed for multi-disciplinary teams, which include individuals with different skills working together on large projects.

Free users can share projects by saving files and sending them to collaborators. They can also use free online services like Bitbucket or GitHub to share their project files.

Paid users have the added benefit of using Unity Teams, which includes features like Cloud Build and Project Sharing, as well as access to paid add-ons in the Asset Store.

The ability to share projects is a significant advantage of using Unity, especially for those working in team environments.

4. How Much Does the Paid Version of Unity Cost?

The three levels of the paid version are Plus, Pro, and Enterprise.

Plus is $399 a year per seat, Pro is $2040 a year, and Enterprise is the highest level aimed at large organizations who want to develop complex programs, games, and simulations.

For a detailed comparison of features between the paid plans, check this web page.

Fortunately, all versions, including free, offer the following features:

Beginners do not need to subscribe to the paid version to deploy their game on iOS, Android, or any other platform.

All that is required is the free version of Unity, which like animation software Blender offers professional results in stunning detail.

The main benefits of subscribing to the paid plans are:

So, if you’re serious about game development and plan on making multiple games or even selling your games, subscribing to one of the paid versions of Unity makes sense.

Unity is a superb game engine constantly upgraded with more features and tools. It’s easy to use and free to download, even for commercial game development.

The paid versions offer more features and tools and priority support from the Unity team, but they are unnecessary for beginners who want to deploy their games on most platforms.

The community is supportive and welcoming, making it easy to find answers to any questions you may have.

Once you’ve tried Unity, you’ll see why it’s one of the most popular game engines in the world.