Skip to content
Hillstone > Hardware > Can You Fix the VGA Light on a Motherboard? 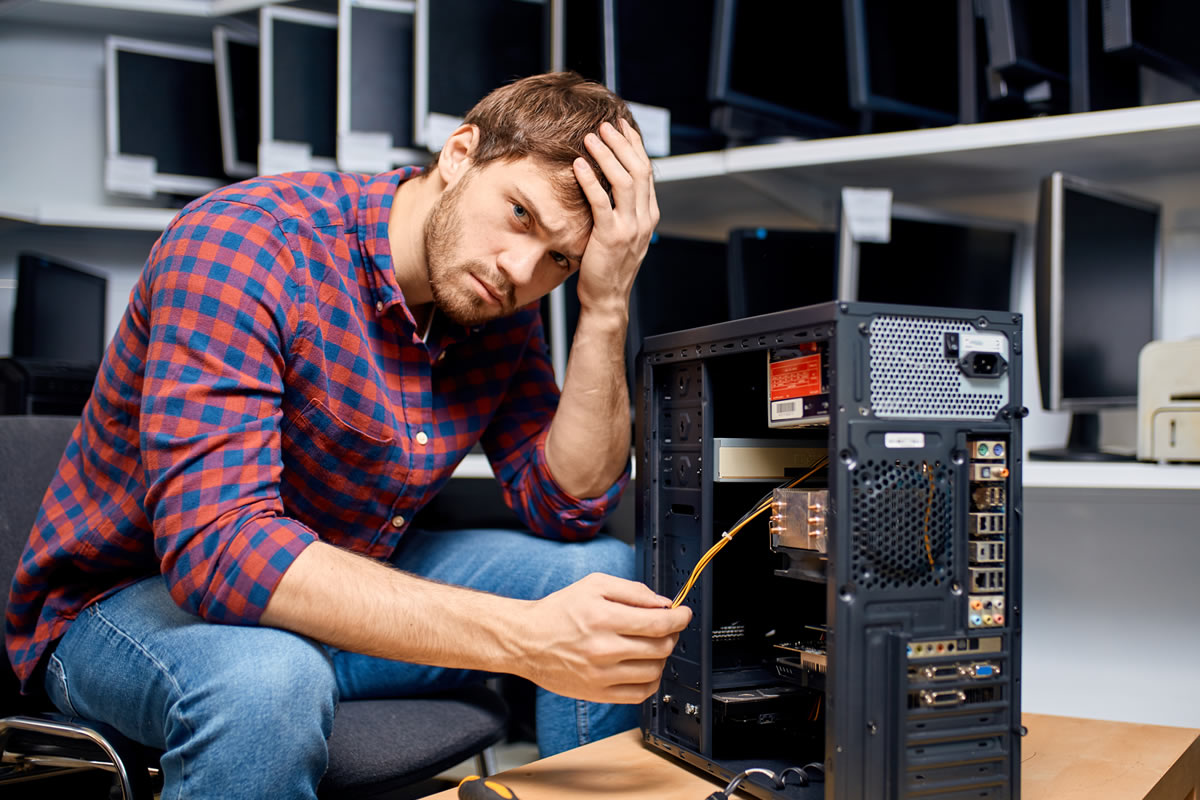 Identifying issues with your computer can be frustrating – but can you fix the VGA light on a motherboard?

Yes, you can fix the VGA light on a motherboard. Often, it shows because the graphic card is incompatible with your computer, meaning it needs replacing.

Other times, it’s due to insufficient power supply or a poorly seated graphic card, which we explain in the remainder of this article.

So, read on to find out what you need to know about fixing the VGA light on a motherboard to get your computer back up and running.

Why is the VGA Light Showing on the Motherboard?

If the VGA light on your motherboard is lit, it is having an issue detecting a Graphics Processing Unit (GPU). This can happen for several reasons, but the most common cause is a loose connection within the motherboard.

It can also result from incompatibility between the motherboard and the graphic card you have installed, or insufficient power may be directed to the GPU.

Another and, fortunately, less common cause of this issue is damaged GPU pins or slots, which might necessitate replacing them.

As a result, your computer monitor might only show a black screen, as it’s incapable of projecting graphics. The good news is that the VGA light showing isn’t a huge problem, and you can typically resolve the issue yourself.

How to Know if Your Graphics Card is Compatible with The Motherboard?

If you have built your computer from scratch, one of the first things you need to check is whether the graphic card is compatible with the motherboard.

This is quite common with people undertaking pc building jobs, as there are many possible graphic cards to choose from.

You can run a simple search through a site like PC Part Picker to ascertain the compatibility of your display card and the motherboard, and it’s a super helpful resource for checking the various other parts you turn to that are suited to your motherboard.

Provided that you have a compatible graphics card and are not having any luck connecting it to your computer, you can try some of the fixes introduced in the following section.

How to Check the Power Supply and Re-Seat the Graphic Card?

Another reason the VGA light on your motherboard might be showing is a low-wattage Power Supply Unit (PSU), which can directly stop some parts within your computer system from functioning – including the graphic card.

You can turn to an online power supply calculator to determine the power that your home-built computer system needs.

Once you have inputted the key metrics into the calculator, you might need to opt for a new power supply unit if the number on your PSU is lower than the number given.

You need to do this to avoid a loose connection (or a poorly seated graphic card) being the root of your problem.

The graphics card must sit flush on the PCIe (Peripheral Component Interconnect Express) slots. You can easily remove it from your computer before checking it for damage or stains and re-seating it.

This should resolve the issue in most instances, provided that the card is compatible with your motherboard.

How to Reset a Computer’s VGA?

Once you’ve initiated one of the above fixes, it’s important to reset your computer’s graphic drives, as it will prevent your screen from crashing and freezing in the future.

There are several ways to go about this.

The easiest way to reset your drivers is to use the keyboard shortcut on Windows, press Windows + Ctrl + Shift + B. Once you’ve placed the command, your screen will beep and flash, which indicates your graphic drivers have been reset.

Hopefully, once you’ve initiated a fix and reset your computer’s drivers manually, the VGA light on the motherboard should go off, and you should be able to use your computer screen as expected.

What about the Other Lights on The Motherboard?

The motherboard within your computer indicates whether the system’s key parts are working. You can use the list below to quickly identify the potential problems with your PC according to the lights that show:

A red light will show on the motherboard if there is an issue with any of the above parts.

However, in some instances, you might see a yellow light (explicitly relating to DRAM).

You will need to initiate fixes to resolve any issues identified via the motherboard, as your PC will not function if you ignore them!

There are many reasons why the VGA light on your dashboard might be showing.

It’s likely due to an incompatible graphic card or a loose connection (poorly seated graphic card), which you can quickly resolve.

After performing one of the fixes highlighted, reset your computer’s graphic drivers manually; the problem should then be resolved.